SRV records help with service discovery. For example, SRV records are used in Internet Telephony to define where a SIP service may be found.

An SRV record typically defines a symbolic name and the transport protocol used as part of the domain name. It defines the priority, weight, port, and target for the service in the record content.

The content of the SRV record defines a priority of 10 for both records. The first record has a weight of 60 and the second a weight of 20. The priority and weight values can be used to encourage use of certain servers over others.

The final two values in the record define the port and hostname to connect to for accessing the service.

To add an SRV record in DNSimple, you might fill in the new SRV record form like this: 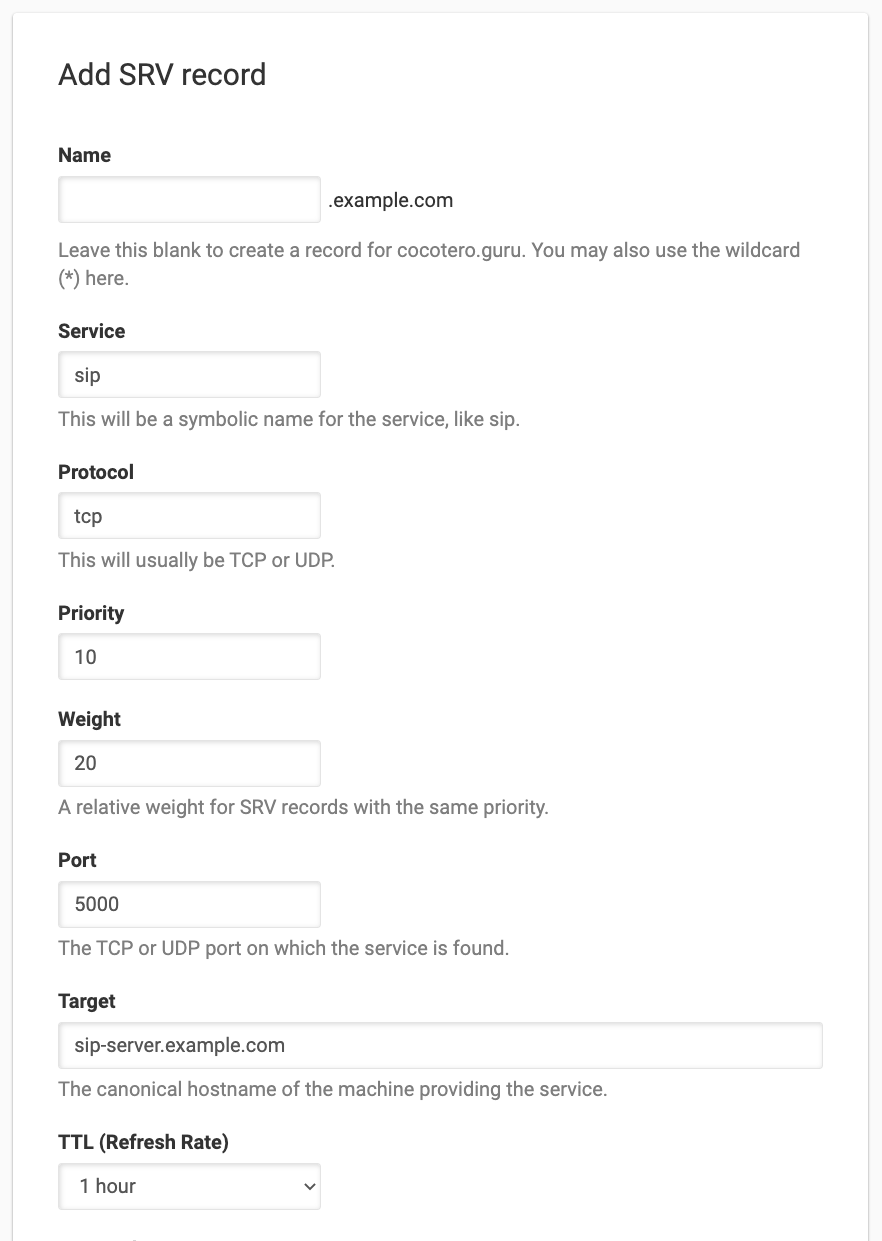 This would result in an SRV record like this: